Massillon, OH-based NFM Welding Engineers, Inc. (NFM) has reached a representation agreement with Peru-based Noblecorp. (Noble) for NFM’s TEM Series of co-rotating intermeshing twin screw extruders. Under license from Toshiba Machine Japan, NFM is the exclusive manufacturer and seller of TEM Series extruders for North America and looks to expand their customer base into the growing plastic industry of Latin America.

Founded in 1942 by Mr. Heinz Harry Cohn, Noble is now managed by its 3rd generation, Jean Paul and John Phillippe, both Directors. Noble’s core business is the distribution of industrial machinery centered in the plastics, metal mechanics and formed metal, printing and packaging industries. The addition of NFM’s co-rotating intermeshing twin screw extruders enables Noble to offer yet another technology in its equipment portfolio and reach a wider customer base with its products and services.

With established sales in Latin America with their petrochemical/polymer finishing and rubber extrusion equipment, NFM is looking to increase their presence in the polymer compounding, direct extrusion, and adhesive markets. “We’ve had a number of successful co-rotating twin installations for olefin, color, and nanoclay compounding over the past few years, primarily in Mexico,” states van Bakergem. “We’re excited about the new markets and established network which Noble brings to further solidify NFM’s presence in Latin America.” 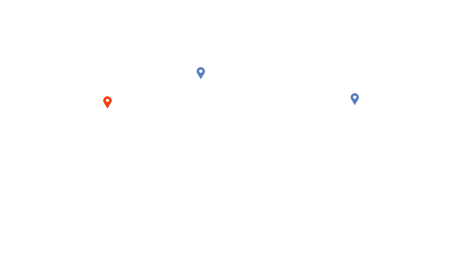 Thank you for your interest in NFM. Please contact us using the information below. For information regarding a specific product or application, click here.